Inspection of building facades by a structural engineer 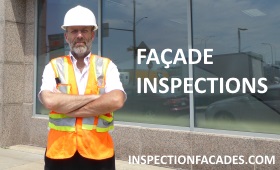 As experts in inspection of façades in Montreal and Quebec it is important for us to popularize, in clear and simple terms, the main implications of the new Bill 122 so that owners of buildings of 5 floors or more can make an informed decision on the selection of the firm of consulting engineers and architects for the inspection of the façades of their buildings every 5 years. A member engineer of the executive team of INSPECTIONFACADES.COM with its team of structural engineers, architects and experts in thermography, meets building owners on appointment to first inform them about the methodology concerning the plan, report, standards, techniques and prices for façade inspections following Bill 122, required by the RBQ, the Régie du Bâtiment du Québec. First, it is important to give a short historical overview of Bill 122.

HISTORICAL OVERVIEW OF BILL 122 FOR FAÇADE INSPECTIONS BY THE RBQ 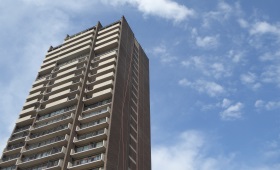 The fall of a panel from the 18th floor on Peel Street in Montreal in July 2009 caused the death of a 33- year-old woman who was about to be asked in marriage during a meal on a terrace in front of the façade of the building. The findings of the coroner’s report suggest the establishment of a legislative framework to prevent dangers associated with aging high-rise buildings by inserting into law particular obligations for building owners. In the analysis of the coroner, which can be found on the website of the Quebec Coroner’s Office, this is what could be read in it: “In the coroner’s view, the defects in design and in the execution of the construction works of the building raise two major issues: the monitoring of the work site during the construction of tall buildings and the maintenance and periodic inspection of their façades.”

Following the findings of the coroner a draft regulation was launched in response to his recommendations in terms of maintenance and inspection of buildings. This initiates the application of the Regulations in the Safety Code for Buildings (which already exist). These regulations have been published in the Gazette officielle du Québec, on January 16, 2013, 145th year, no. 3. See Part 2, Section IV, Articles 371 to 384. Concerning the regulations on parking lots, they are found in Sections 386 to 400 and in Appendix 1 (which is a help sheet for property owners). It should also be noted that the annual inspection of storied parking garages (not the one every 5 years) does not necessarily have to be done by a professional. It can be done by the owner, superintendent or others. But they must fill out a form which is included in Appendix 1, which is – it should be mentioned - destined for the annual parking lots inspection only. 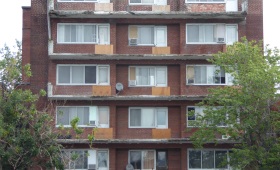 Concerning inspection of façades, Bill 122 - An Act to amend the Building Act mainly to modernize safety standards - stipulates that an inspection every 5 years can be done under the supervision of an engineer, or an architect. In practice, these two experts have a different field of expertise. The structural engineer is normally more comfortable with the structural aspects (anchors and fasteners, reinforcement, testing, treatment and repairs of concrete, while the architect is more familiar with the characteristics of the building envelope (steam cut, condensation in the walls, architecture, and aesthetics). It is for those reasons that inspectionfacades.com works together with its team of engineers and architects to optimize the inspections of façades as part of an optimum work plan.

According to Bill 122, the work plan for façades inspection for property owners must include a registry for each building, including:

and verification of the safety character, therefore:

Inspectionfacades.com, in addition to taking care of the inspection of façades, trains and informs owners on the standards, approved and recognized inspection procedures, and it guides building owners in order to not only obtain a certified inspection report, but also to prevent the deterioration of their buildings and therefore help them save enormously by a maintenance plan for the façade of their building. 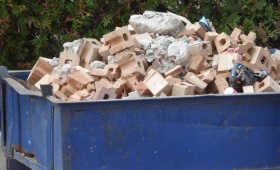 This inspection report is preferably realized with the selection of a standard that governs the inspection procedure. However, in Quebec, Bill 122 from the RBQ, does not necessarily stipulate which standard, method or tests an engineer or an architect must use. This is left up to them. For the owner of a building with 5 floors and more it is important to understand the contents of these reports in order to better compare the different service offerings that are presented to him. Some companies will do only a cursory visual inspection, while others will follow the methodology and inspection procedures of recognized standards such as ASTM and ACI. It is important that the owner informs himself about the type of report and based on which procedure and standard certified inspection.

The production requirements of the verification report, include:

The reports are of two types:

For his part, the professional engineer or architect must follow 2 procedures:

INSPECTION OF FAÇADES STANDARDS IN MONTREAL FOR BILL 122 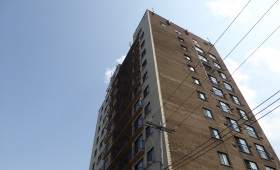 The standards are designed to organize and simplify the work of professional engineers and architects. Each standard is by itself a methodology for a type of inspection. There are standards for evaluating the conditions of materials such as concrete, others for non-destructive test evaluation, still others for the evaluation of repairs, etc. As already has been explained, we advise owners to ask the engineers consultants clearly what standards they will follow to perform the inspection of the façades. In summary, the most recognized standards are:

We should also mention that there are other specific standards for masonry.

Bill 122 does not require the use of a specific standard. This is left to the discretion of the engineer or architect for façades. These standards are not part of Bill 122. They are there to help people orient themselves and adopt a proven working method.

THE DEADLINES FOR FAÇADE INSPECTIONS ACCORDING TO BILL 122 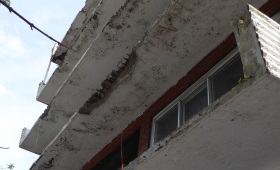 TECHNIQUES AND ELEMENTS THAT MAKE UP THE INSPECTION OF FAÇADES 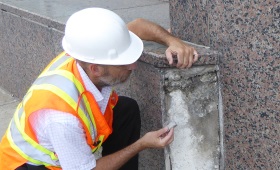 The concrete from porches or balconies that disintegrates and suggests the need for reinforcement must be reported. Then, the steps taken so as not to compromise the structural integrity of the balcony detailing, if necessary, repair procedures of the reinforcement and the concrete. If the brick fasteners inside the walls are cut you should replace them. These are usually situational cases for a structural engineer. It is sometimes necessary to resort to laboratories for carbonation, concrete compression, strength of concrete or steel tests, or also for doing pull-out tests.

In other cases, holes, wall corners or poor architectural design, letting water seep in in large amounts, or internal condensation creating rust and ruptures in the bricks fasteners, are situations which are more easily handled by an architect.

Several elements make up the façades and require different skills and techniques in order to do a proper inspection. These elements are the: 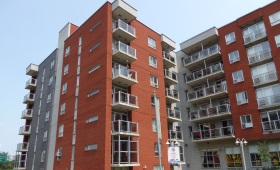 Generally, for buildings with less than 10 floors, one uses the gondola to do the visual inspection and the detailed one for hammering and intrusive operations. Scaffolding is also used but is more laborious because it requires not only to continuously assemble and disassemble the scaffolding but also to have the brackets inspected by an engineer. For those over 10 floors it is possible to use the digitizing scanner for the façades. These processes are expensive but remain still cheaper than the gondolas for a first visual inspection. This concerns high-tech equipment that allows to digitize entire façades millimeter per millimeter to see all the details on the computer without having to use a gondola for a preliminary visual inspection. There is also the descent in tandem with a rope for an engineer or architect with an IRATA or SPRAT II certified expert.

Perforations, called “intrusive tests,” are also possible using the rappelling descent rope. At high altitude it is more economical than the use of cranes or gondolas. 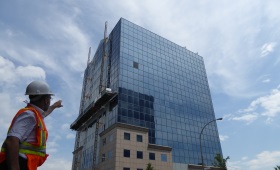 The price for a façade inspection can vary greatly amongst consultants depending on their experience, technical inspection knowledge and climbing tools used (gondola, scaffold or rope descent in tandem with an IRATA or SPRAT certified expert). We should also mention that it is important for the building owner to clearly ask what are the standards used for writing the report. In the absence of a standard the owner must ask himself if the report is credible. A much lower price compared to other bids must necessarily entice the owner to request explanations from the engineer or architect. Finally, we should mention that professionals who make bids without even moving there to get to know the premises, access and other elements, should arouse doubts about their competence and ethics.